Silence Along the River 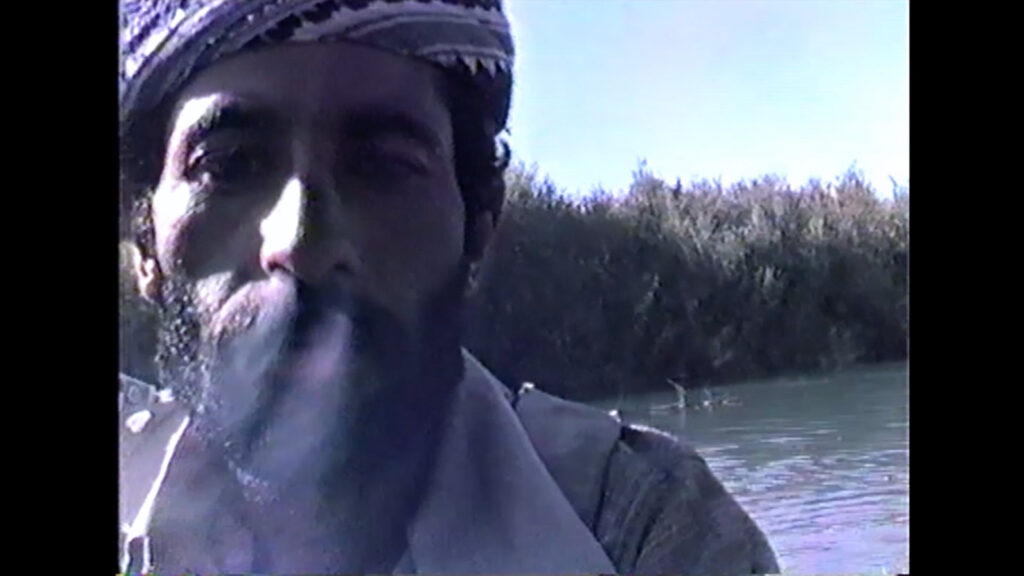 Silence Along the River 2021 Single-channel video 7:02 colour VHS Archive  Credit for Archive Abbas Abdulrazaq In 1985 a group of Kurdish fighters, known as a Peshmerga, was on a mission to attack one of the military campuses in the north of Iraq. They took the Sirwan River by a small raft to cross the […] 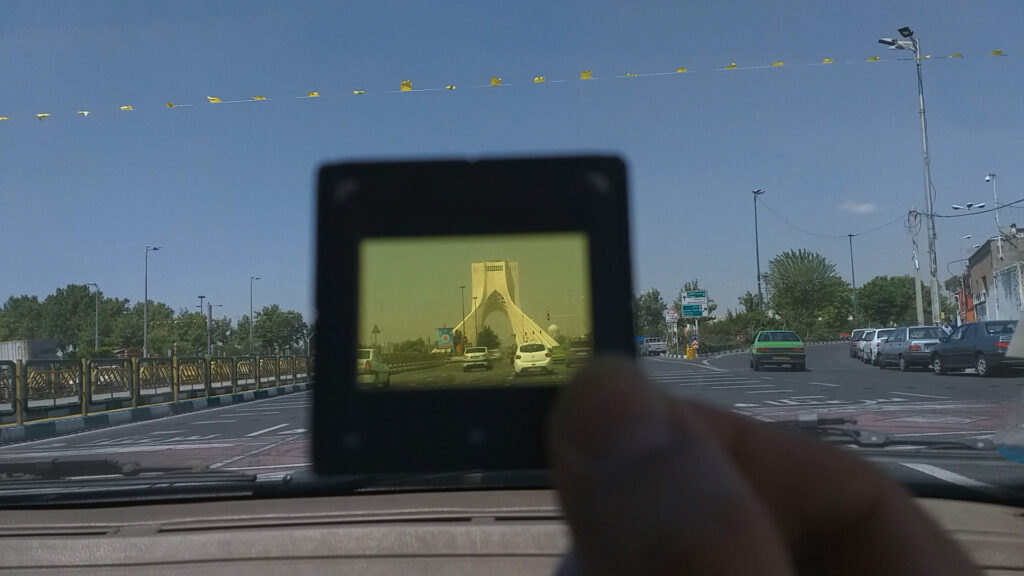 dado I was called ‘dado’  when I was a child Dado is a combination of letters that has no meaning in Kurdish, as my first language nor in the other languages I was exposed to: such as Arabic Persian  or Turkish  even for me, it didn’t have a specific meaning dado was my first word […] 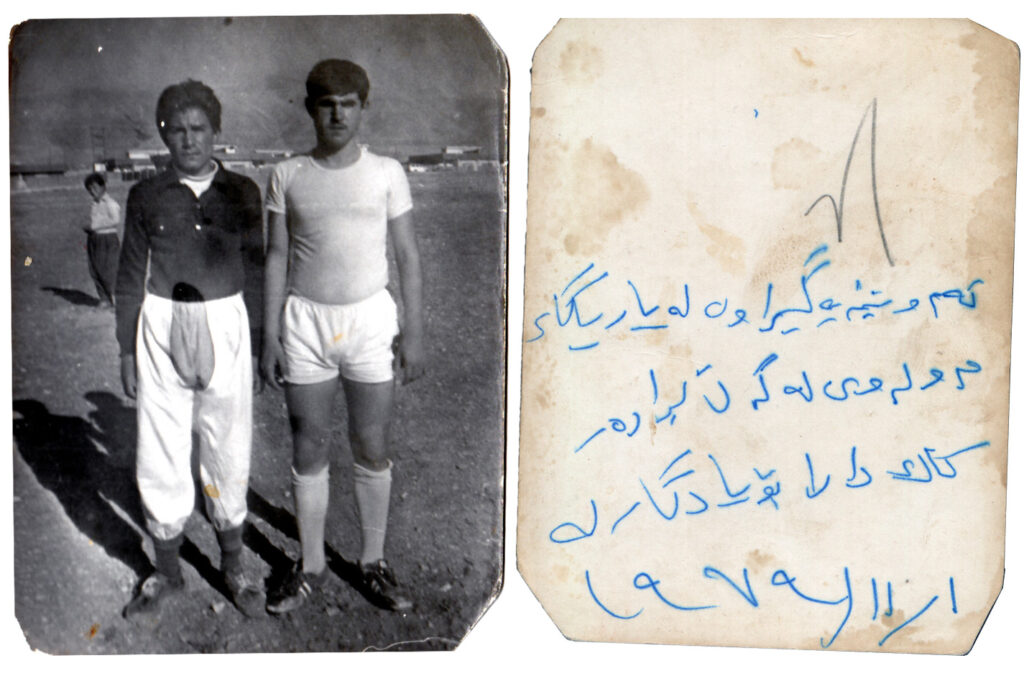 From Ahmad Abdulla’s album Chalk Lines This project is based on the Red Security Building in the city of Sulaymaniyah, which was/is a symbol of Saddam Hussein’s era of executions, imprisonment and torture of Kurdish dissidents. The Red Jail (or Amna Suraka,) has now been turned into a museum and its torture chambers and tools, […]

The Map of Iraq 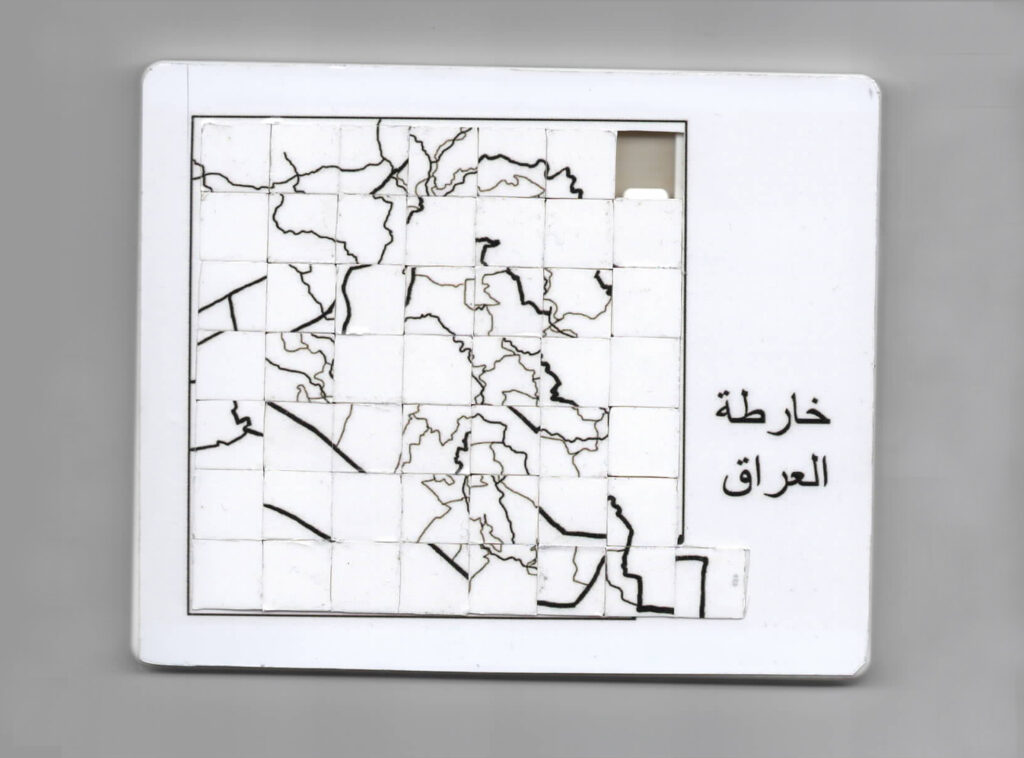 The map of Iraq After the invasion of Kuwait by Iraq in 1990, many unusual goods and products caught our eyes in the bazaars of Iraq. These were things that had been looted from Kuwait by Iraqi soldiers and sold on the black market in order to pay for basic supplies for their families.  During […]

The Tank of my Sketchbook

Still from the video  The tank of my sketchbook  Single-Channel – 6’54 minutes colour HD and Archive   The project will attempt to understand and convey conflict from the experience and perspective of a child. The aim is to reflect on how conflicts are portrayed and presented, and to reveal the power structures underlying the […] 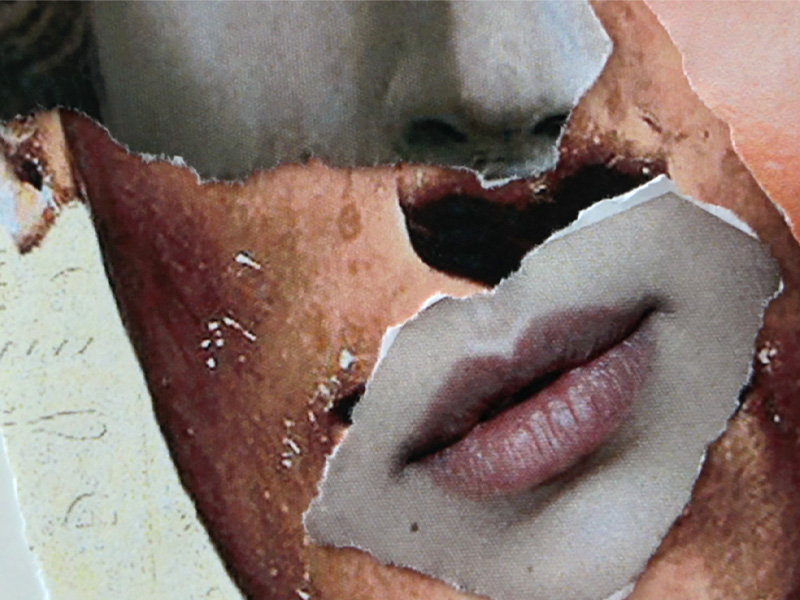 Paper Puppet Testimony  2019 Single-channel video 8:17 Colour VHS-HD Commissioned by Spotlight Iraq, Goethe institute Iraq Credit for Archive, Abbas Abdulrazaq    PAPER PUPPET TESTIMONY The Kurdish uprising of 1991 against venomous dictator Saddam Hussein continues to be an important historical event for all Kurdish people. It was the day that marked the defeat of […]

THE IRAQI NUMISMATIC SOCIETY The Iraqi numismatic society is secret society represented by the artist Sherko Abbas who works, in his office, to reproduce the faces of Iraq coins that have disappeared from circulation. His role shifts from that archaeologist to counterfeiter as he uses the rubbing technic (like tracing an image) to make national symbols […]

What is July doing

WHAT IS JULY DOING? The work is built on a tension between a girl’s subtle and delicate silhouette and a considerable burden strung on her hair, which she manages to lift. July Spears in an empty fitness club, her exercises create a strange formal dissonance in this predictable and obvious surrounding. Still from the video […]

WHEN THE WILD INSTRUMENT SING “The Wild Instrument” is an ongoing project initiated by Sherko Abbas. The artist developed a musical instrument from a small handmade object called damaqachan [spoke]. In Iraq, damaqachan is a simple toy, constructed from bicycle spokes, nails and matches, which sets off miniature explosions. Abbas’s instrument operates on a similar […]

SHARWAL Sharwal is the name given to the local trousers that are worn traditionally by men in Kurdistan. Made from tightly weaved wool and meticulously pleated, Sharwal can be filled with air and used to assist in flotation. The bubble it creates when submerged into water has both a form and a function that helps in crossing […]

Photograph from Khabat Abas album Instllation view 2003 The Music of the Bush Era  The theme of music is represented by work of Kurdish filmmaker Sherko Abbas: The music of the Bush era. in a split-screen video, using footage shot by his sister, a cellist in the Iraq National Symphony Orchestra, he demonstrated how in […]