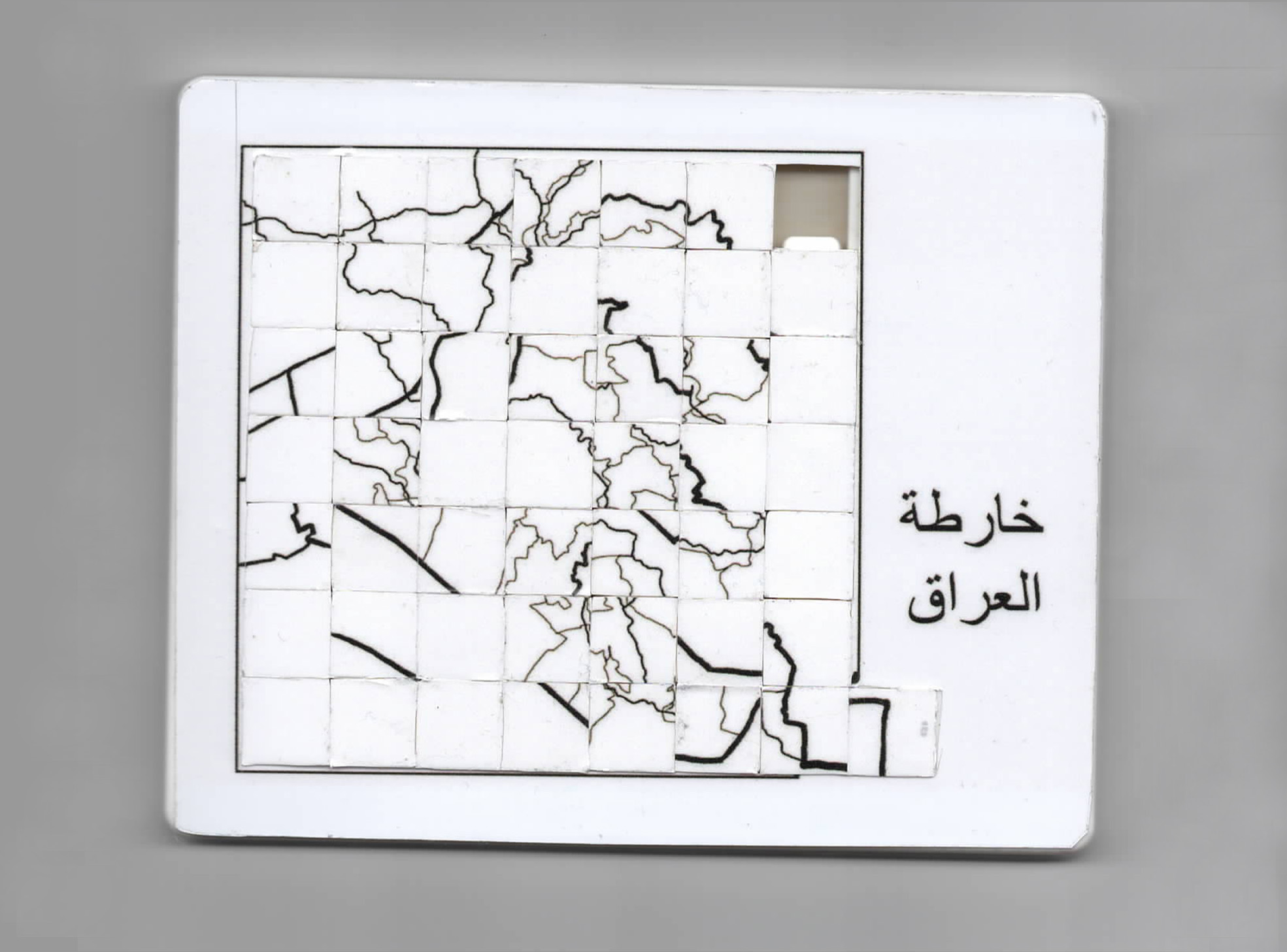 The map of Iraq

After the invasion of Kuwait by Iraq in 1990, many unusual goods and products caught our eyes in the bazaars of Iraq. These were things that had been looted from Kuwait by Iraqi soldiers and sold on the black market in order to pay for basic supplies for their families.

During that time, I was a student in secondary school. One day, a classmate, whose father was an Iraqi commander brought several puzzle sliders into class, each with a picture printed on it of one of Gulf countries, including the map of Iraq.

Our teacher asked us to try and solve the puzzle slider of the map of Iraq as a Geography task, so we could all pass in Geography without taking an exam. The challenge was begun, and during the day all the students tried their hardest, but unfortunately the puzzle remained unsolved.

At the end of the day, the teacher told us that we should never forget how very complex the map of Iraq