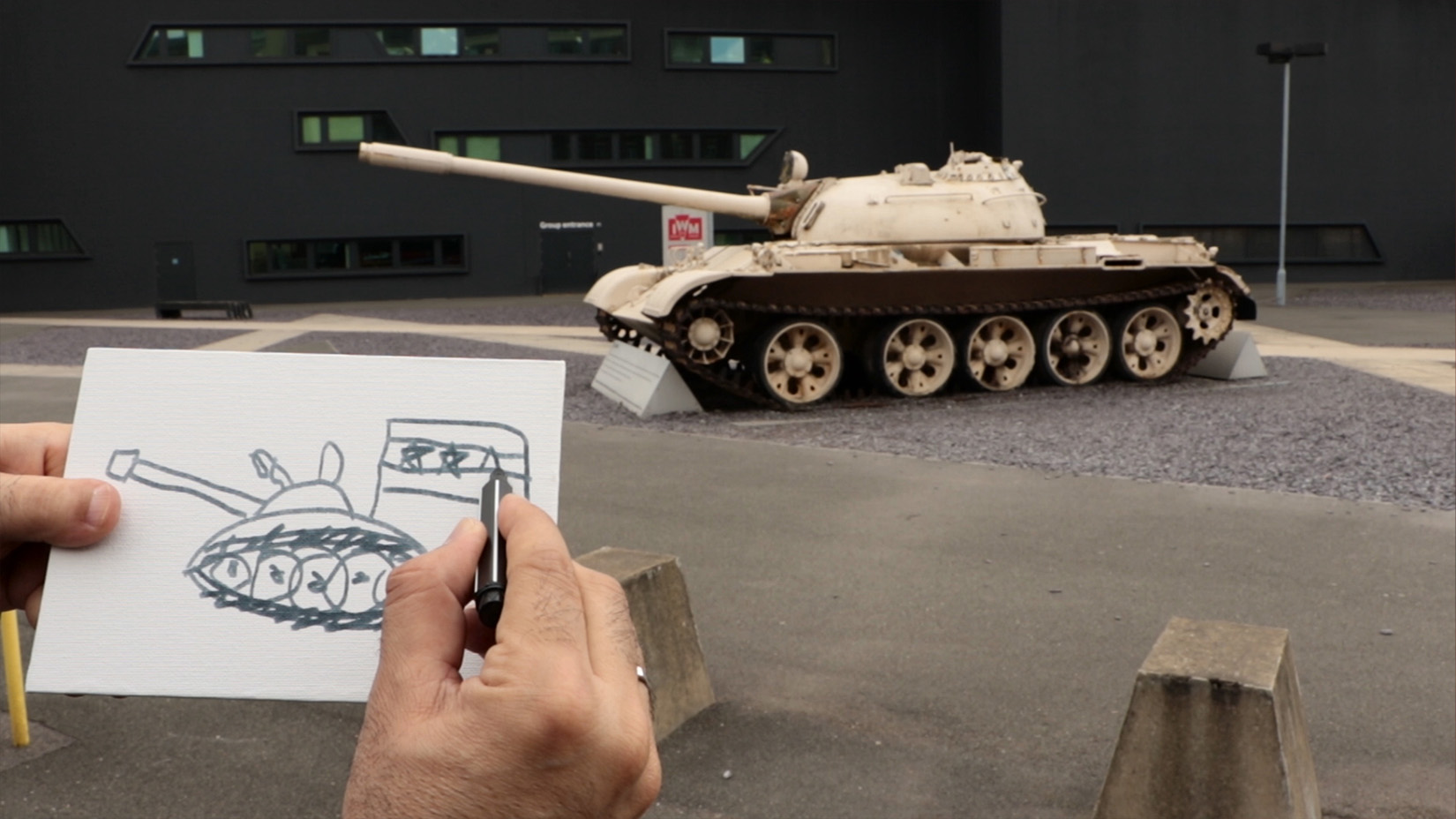 Still from the video

The tank of my sketchbook

The project will attempt to understand and convey conflict from the experience and perspective of a child. The aim is to reflect on how conflicts are portrayed and presented, and to reveal the power structures underlying the history of conflict.

The child’s perspective of a conflict is often untold. Their voices are silenced by the adults telling the story. In Iraq, Saddam Hussein politicised children and childhood during the UN total embargo on Iraq in the 1990s. Using diverted aid money from the oil-for-food programme, he funded an international campaign to protect Iraqi children from the impact of the sanctions.

The film ‘T55’ will be a collage using sources from Iraqi pop culture, animation, as well my own childhood memories and drawings of the Iran-Iraq war. The Soviet-made tank which has appeared on many battlefields across the world, and now sits as a model at the imperial war museum, will serve as the catalyst to unlock my childhood memories of the Iran-Iraq war and subsequent conflicts in Iraq.

We barely can find stories or learn from a different angle. Other perspectives have been neglected, for example, children standpoint in this particular history, how this history might articulate from their point of view? How their lives have impacted by war? Moreover, it is worth known how children were a subject of exploitation by Saddam Hussien’s government.