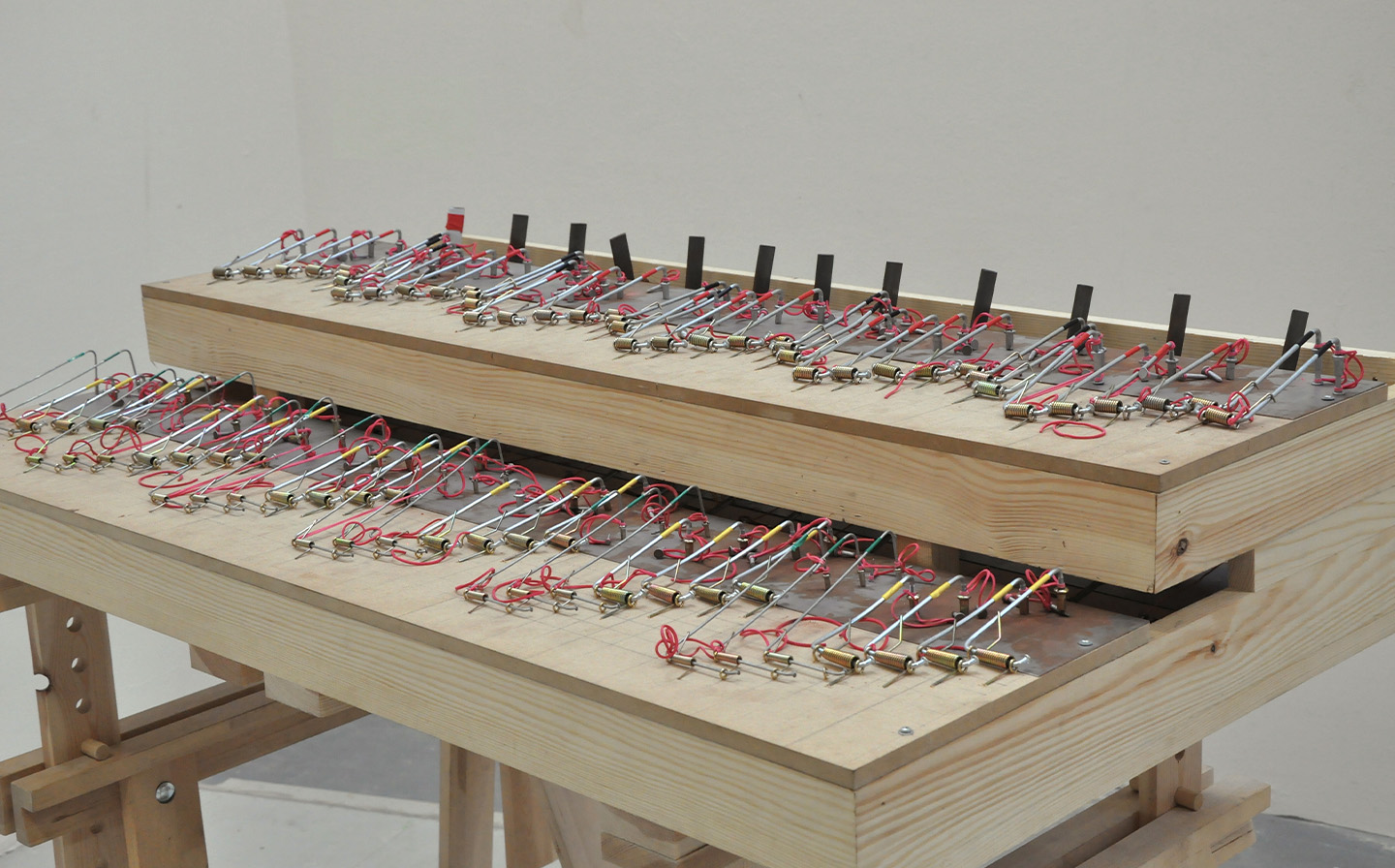 WHEN THE WILD INSTRUMENT SING

“The Wild Instrument” is an ongoing project initiated by Sherko Abbas. The artist developed a musical instrument from a small handmade object called damaqachan [spoke]. In Iraq, damaqachan is a simple toy, constructed from bicycle spokes, nails and matches, which sets off miniature explosions. Abbas’s instrument operates on a similar principle and, when played, issues random sounds resembling explosions. While it has to be operated by a human being, only with difficulty can one control the sounds it will make or anticipate what sort of music can be made with it. Abbas is fascinated with the way the object can acquire a relative autonomy.

Abbas was aware that the Iraqi instrument he was creating was inextricably linked to the realities of war, destruction and violence. But he uses it neither to comment nor to judge, but to demonstrate how the Iraqi culture had absorbed the war and how, as a result, everyday life has undergone a change

When the Wild Instrument Sing

Hardi Kurda, composer and electronic and

Links and information about this project