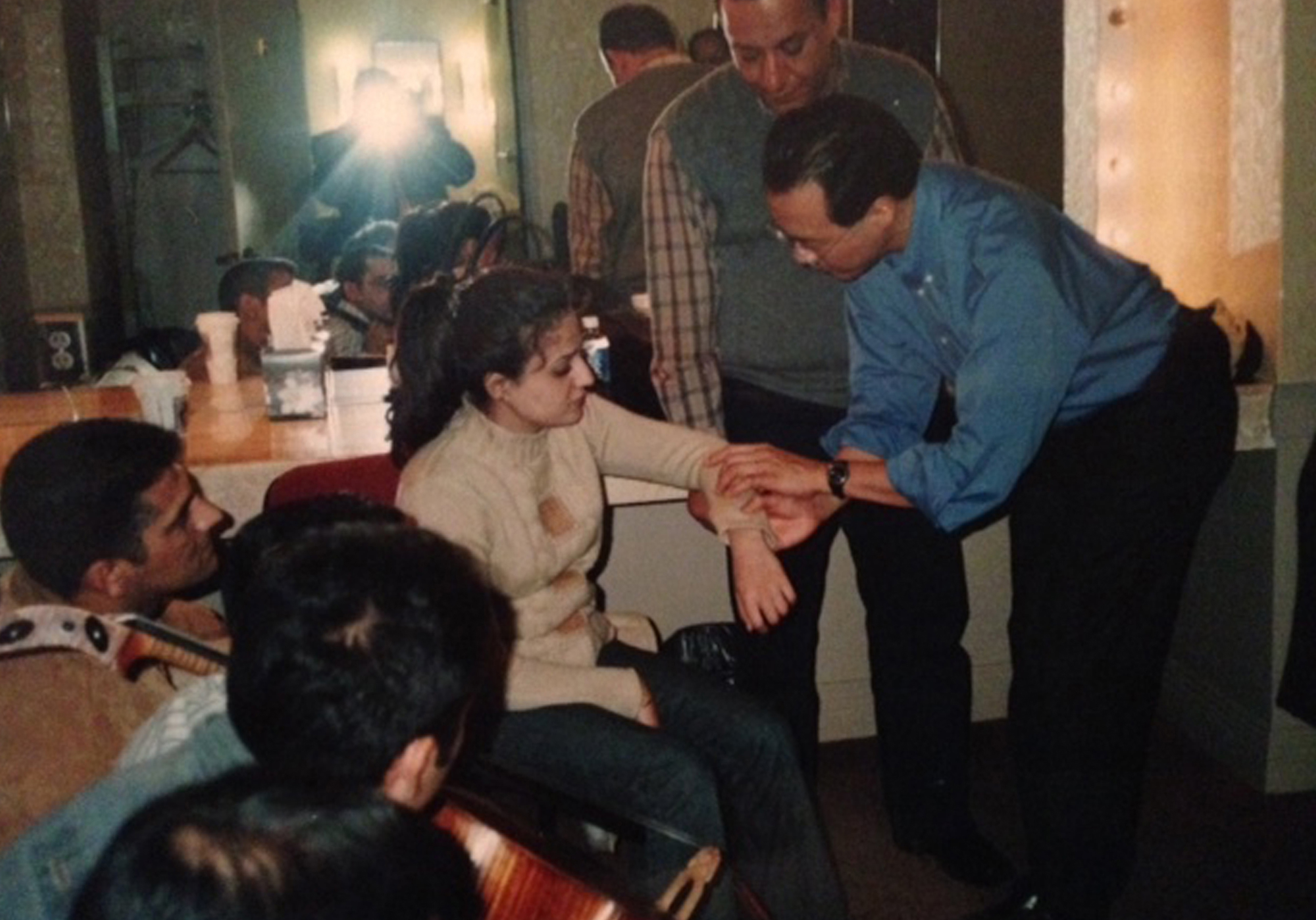 The theme of music is represented by work of Kurdish filmmaker Sherko Abbas: The music of the Bush era. in a split-screen video, using footage shot by his sister, a cellist in the Iraq National Symphony Orchestra, he demonstrated how in 2003 the US administration, instated of helping the orchestra to properly re-establish itself in Iraq, militarily airlifted entire orchestra to Washington to perform once at the Kennedy Center before President Bush. His film is critical of this futile propagandistic gesture, enacted in the show of the invasion in March of the year to promote neo-liberal values, and escape censure. The work was partially inspired by Slavoj Zizek’s analysis in his Pervert’s Guide to Ideology of the widespread ideological use of Beethoven’s Ode to Joy from his Ninth Symphony.

To read further about this project click the link 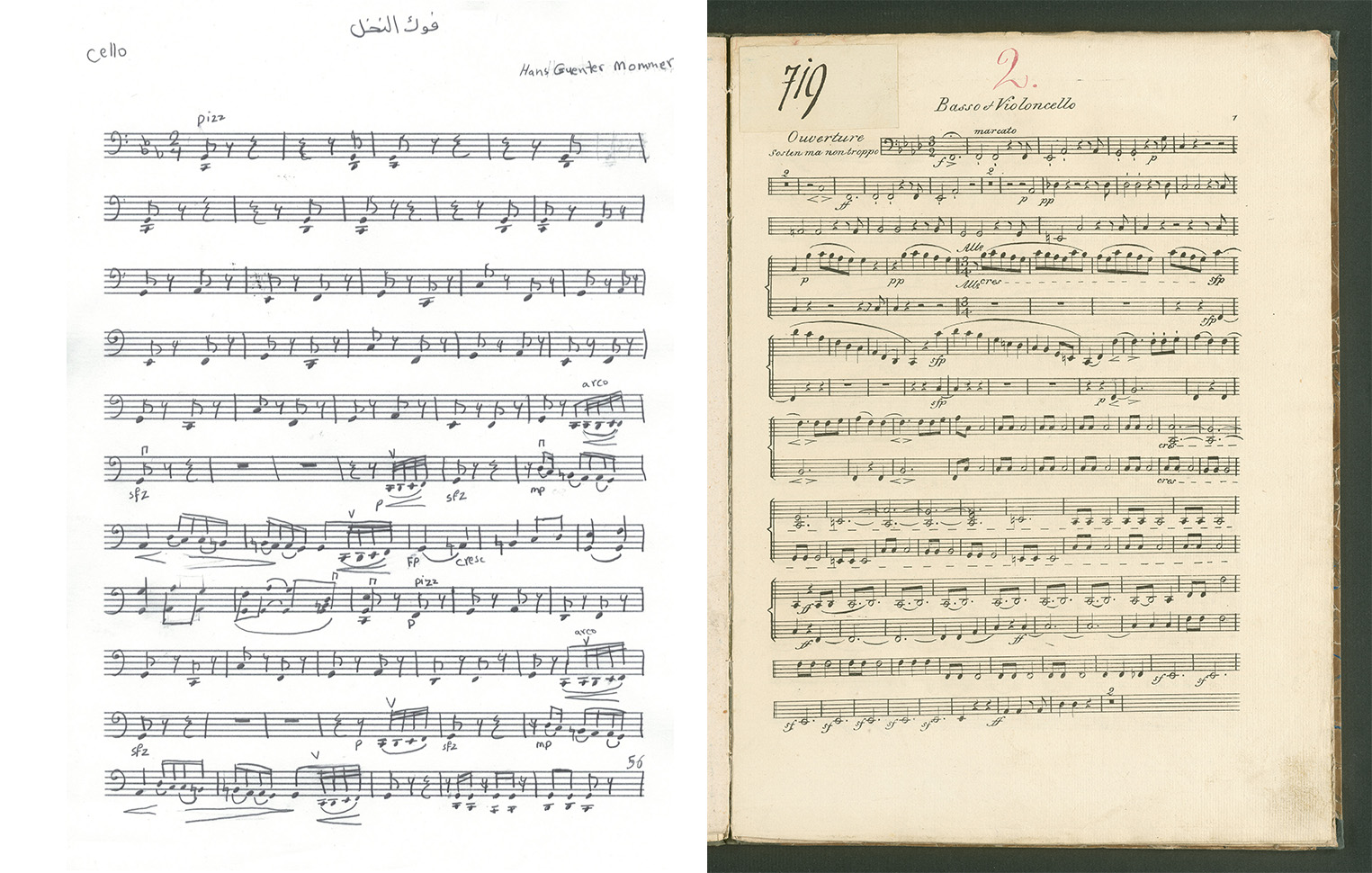 Photography by Akam She Hadi

Courtesy of Ruya Foundation and the Artist